The amusement park is one of four park types you can build in the Cities: Skylines Parklife DLC, with the others being City Park, Zoo, and Nature Reserve.

To get access to this park, first you’ll need to unlock the Tiny Town milestone, which can be anywhere from 360 to 1,500 citizens depending on the map. Then you can start building your custom amusement park, which involves the following steps:

We’ll go through each of the steps in detail in this guide.

Start out by choosing your amusement park location. An area of mostly flat terrain, easily accessible to residential areas, works best for this.

Once you’ve made your choice, paint a park area over it. You’ll need at least one road that goes into, or around the perimeter of, this area.

Placing the gate automatically designates the area as a level 1 amusement park.

Next, it’s time to get creative and make your amusement park worth visiting by adding rides and attractions!

The different rides and buildings within your amusement park don’t need road access; they only need pedestrian paths. Start laying out paths within your park area as you like.

However, you can use any type of pedestrian path for this.

Next, start placing the various attractions that are available to you. These vary in cost and the entertainment value they add to your park area.

You’ll unlock more rides and attractions as you level up.

Step 4: Level Up Your Amusement Park

You’ll need to level up your amusement park to gain access to the rollercoaster and other rides.

Park areas go from 1 to 5. Each level has a required target for the number of visitors and the entertainment points.

As long as your park is accessible, reaching the visitor count will only be a matter of time.

Especially in the earlier levels, when you have few available amusement park buildings, expect to have to build several instances of each (e.g., several cafes, game booths, and restrooms) to accumulate more entertainment value.

Decorations such as trees, benches, and food stands also add entertainment value (as well as making your amusement park look better), so don’t skimp on these!

The amusement park is very expensive in terms of upkeep (the rollercoaster alone costs 240/week). So you’ll want to make sure it gets plenty of visitors to turn a profit.

A big part of this is making sure it’s easily accessible.

When choosing a location, it can be a good idea to place it within a short distance from your residential zoning.

Also, make sure you have at least one public transport option bringing people to and from your amusement park (more is better). Metros, buses, and monorails are great for this. 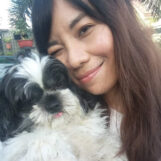 How To Create a City Park Area in Cities: Skylines

How To Build Pedestrian Overpasses in Cities: Skylines