How To Get Clippers in Rune Factory 4

Clippers are dropped by Wooly monsters, which can be found near the entrance to Yokmir Forest. Or if you’re more of a pacifist player and have some extra money lying around, you can buy a pair of Clippers from the “Sincerity General Store” or the “Blacksmith ‘Meanderer’”.

Luckily, for a tool as specific as the clippers, they are very easy to obtain if you know where to look!

Clippers are used for trimming fur off of the monsters Wooly and Shmooly. Fur is used in various crafting recipes which can be worn or sold for profit.

There are no prerequisites to getting clippers in Rune Factory 4.

In fact, unlike most other tools in Rune Factory 4, clippers are something you can have access to from the start of the game.

Getting Clippers (All Options)

The only way to get clippers without spending money is by defeating Woolly monsters until one drops them.

It spawns often enough that you shouldn’t have to spend more than 10 minutes sending Woolly monsters to the forest of beginnings to get your first one to spawn.

Tip: You can go between the three areas near the Yokmir Forest entrance to farm Wooly monsters until one drops.

If fighting isn’t your style and you have an extra 1900G lying around, you can always visit one of the local shops to buy clippers.

Tip: For both store options, the clippers aren’t shown on the first page. When talking to the store clerk, you need to switch pages by using the “ZR” trigger.

One of the places you can buy clippers is the Sincerity General Store, run by Blossom.

Clippers will be sold here for 1900G.

To buy them, navigate to the third page and move the cursor so that it’s pointing at the clippers. Press “A” to add them to your cart (you can even buy more than one if you want) and confirm your purchase by pressing “X”.

The other place you can buy clippers from is the Blacksmith “Meanderer”, run by Bado.

Just like at the Sincerity General Store, clippers are sold here for 1900G.

How To Use Clippers in RF4

Clippers are only used for shearing off fur from Wooly and Shmooly.

If you use the Clippers on monsters other than Wooly and Shmooly, nothing will happen because the clippers were “designed to not hurt its target”, as the tool description says.

Unlike in some of the previous Rune Factory titles, in Rune Factory 4, you can use clippers on the Wooly in dungeons without having to tame them first.

Luckily, Wooly are not very difficult to find.

When you venture outside of the town for the first time, the first monster you ever encounter is a Wooly!

To equip your clippers, press the “ZR” button to open up your backpack.

Move to the red “farm tool” section of your backpack by using the left joystick and press “A” to select that row.

Then move over to the clippers with the left joystick again, press “A” to open the “Equip/Hold” menu and then select “Equip”.

Walk up to the Wooly and press “B” to use your clippers on it, the closer the better!

Unlike the other tools in Rune Factory 4, the clippers don’t provide a grid system to help with your aim.

When you successfully use the clippers on a Wooly or Shmooly, the monster will appear hairless and the fur that you clipped from it will drop on the ground in front of you.

While this method isn’t going to get you rich quick, you can abuse the infinite spawn of Wooly in Selphia Plains to clip as much fur from the wild Wooly as your RP will let you.

Each Fur (S) sells for 6G, and it’s an ok source for funding your seed expenses in the early game. 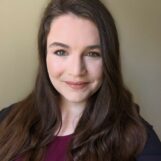 Emily is a Portuguese (BR) -> English translator and a long-time video game enthusiast. Raised on a farm, the charming gameplay of Rune Factory sowed the seeds of her interest in video games. After all, fighting off monsters and tending to virtual fields was more fun than helping out with real farm work. Now, Emily enjoys playing her favourite RPGs in her cozy apartment in Brazil.

How To Build & Upgrade Monster Barns in Rune Factory 4

How To Get a Fishing Rod in Rune Factory 4

How To Get a Lumber/Stone Box in RF4

How To Move & Rotate Furniture in Rune Factory 4

RF4 Rune Flowers: What They Do & Where To Get Them

How To Make Cookies in Rune Factory 4 (Recipe Guide)